MoreMadrid > Blog > News > The House of the 7 Chimney: The Dark Legend of Madrid

The House of the 7 Chimney: The Dark Legend of Madrid 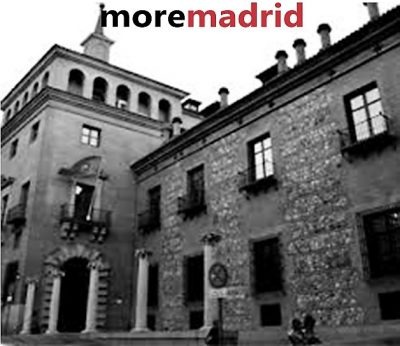 Today we want to talk about one of the darkest legends of Madrid. Because,  maybe you have noticed that, right behind the Gran Vía, stands a unique building, in 31° Infantas st, right next to Plaza del Rey, we are talking about an old mansion with four column in the facade and 7 chimneys on the roof. Nowadays, it's used as the Cultural State Secretary. In Madrid, its known as the “Seven Chimney House”.

The legend we are about to tell you goes back to the year 1520.

It's s said that the seven chimneys this house is named after, represent the seven sins. But, why is an innocent looking building related to something as big as the seven sins? 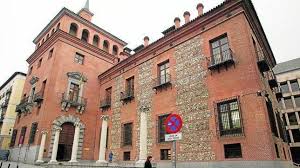 The house was built by a hunter that worked for the king Carlos V for his daughter. Nevertheless some say that this girl was actually the king’s son’s lover, the future king Felipe II, and that it was he the one who ordered build the mansion for Elena.

Soon after the house was built, Elena married a military captain named Zapata. Because Spain was in the middle of war against Flandes, soon after the marriage, Zapata had to go fight in San Quintín’s battle , as many others. A few weeks after he left, Elena receives a letter telling her that her husband had perished in battle. Devastated by the news, the widow stops eating and sleeping and, little by little, she starts to consume. Her skin turns dead white, her hair, tangled, long nails and puffed up eyes because of the crying. Some say she died of sadness. 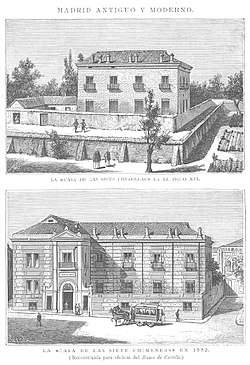 But the story doesn't end here. Apparently, others say that, before dying, she gave birth to a little girl that was never found.

They also say that she didn't die of sadness but instead she was murdered and that her body was completely covered in stab wounds. To add more interest to the story,  Elena's body was never found leaving behind her an unresolved mystery.

It was the prince that, after hearing the rumors, decided to look into the supposed murder. But, after weeks of investigation, he found nothing, which only made the rumors worse. The house was also searched, to look for the corpse. Time went by and people started to forget what happened until a farmer said he saw a shadow running through the seven chimneys. He said that the ghost of a pale woman dressed in a white silk dress carrying a lamp, running from one side to the other of the roof. When she got to the end, she would kneel down and then she would point towards the Alcázar, which was the, now crowned, Felipe II’s palace. But the farmer was not the only one to see the strange shadow. Various people swear to have seen a woman walk from one side to the other of the roof, the same way the farmer described it. soon people started saying that it was Elena's soon people started saying that it was Elena's ghost, trying to point towards the person who had killed her. Others say that it wasn't actually a ghost, but Elena's and Felipe’s daughter, who had gone crazy after knowing the truth about her parents after being raised as an orphan. 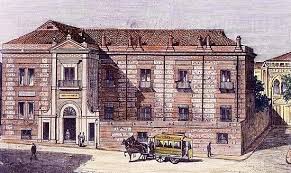 The house was left abandoned until, in the 19th century, Castilla’s bank bought it. To be able to use it, it had to undergo lots of changes, such as installing a sewage system. The floor had to be restored. Imagine the surprise when, after the floor was removed, the workers found a human skeleton buried underneath. They confirmed that said skeleton belonged to a woman. They also found several coins belonging to Felipe II’s age.