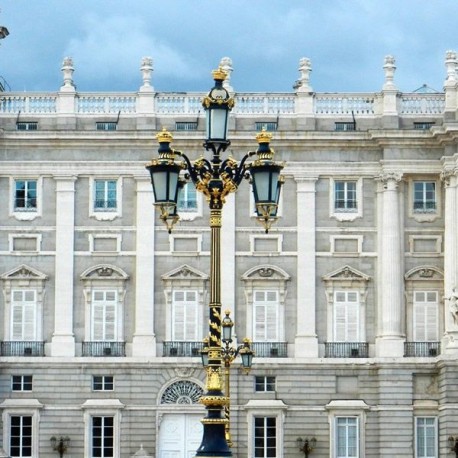 Discover in this walking tour the most emblematic buildings from the Renaissance and Baroque period of Madrid.

Habsburg is the name given to Madrid when the Habsburg dynasty reigned in Spain. This reign began with Charles I, who enriched the city with palaces and monuments. Later on, Philip II made it the capital of Spain and the city grew dramatically.

The journey through the Renaissance and Baroque style buildings of this era is perhaps one of the most picturesque and representative of Madrid.

During the tour, we will stop at one of the most emblematic Cafés of this popular area of Madrid, where you will be offered a drink.

The Royal Palace was built in the XVIII century upon the ancient Baroque Italian style fortress of the Habsburg. It is one of the most beautiful and best preserved palaces in Europe and a symbol of the permanence and consolidation of Madrid as the capital of the Kingdom. The Palace was the official residence of the Spanish Monarchy from 1765 to 1931.

To date, the most stunning receptions of the Spanish Crown are celebrated here: audiences, dinner parties, signature of agreements and the traditional ceremony of presentation of Credential Letters from foreign ambassadors to His Majesty the King.