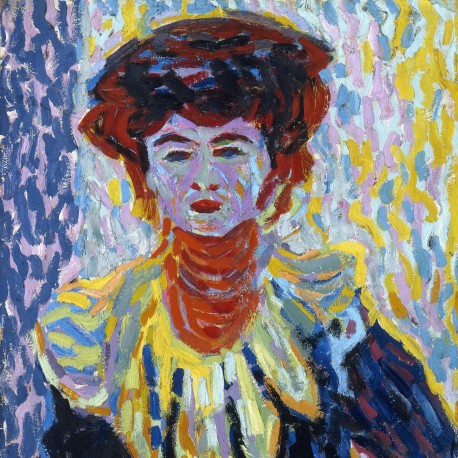 The Thyssen-Bornemisza Museum offers visitors an overview of art from from the 13th century to the late 20th. In nearly one thousand works on display, visitors can contemplate the mayor periods and pictorial schools of western art such as the Renaissance, Baroque, Romanticism and the art of the 19th and 20th century.

Museo Nacional Thyssen-Bornemisza is a must see in Madrid. It is one of the most relevant museums in the city, in the country and in the world.

Its impressive art collection mesmerizes all types of public, and that is due to its catalogue of about 1,000 works on display that range from ancient painting of the 13th century to the avant-gardes of the 20th century.

Besides this, the museum schedules important temporary exhibitions that play a major role within the cultural agenda of the city. It also offers many activities for all audiences, and most especially for young people: concerts, cinema, workshops and conferences, among others.

Lastly, the Museum Shop, with an independent access, is an elegant space with exclusive items inspired by some works of art, created by well-known artists and designers as well as by local artisans.

When Baron Hans Heinrich Thyssen-Bornemisza acquired a watercolour by Emil Nolde in May 1961 he initiated a change of direction in collecting by the Thyssen family. While during the inter-war period his father, Henrich Thyssen, had assembled a remarkable collection of Old Masters, between the 1960s and 1990s the Baron was extremely active as a collector of the principal 20th century art movements, among which German Expressionism occupied a key position.

Curated by Paloma Alarcó, the exhibition will modify the habitual chronological display of Expressionism in the museum’s galleries in order to offer a new vision structured around three concepts: the paintings’ creative process, their success with the public and critics, and the relationship between Baron Thyssen and his art dealers and the exhibition projects that he organised to promote knowledge of his collection internationally.

How does it work?

The ticket grants access to the Permanent Collection and Temporary Exhibitions.

Tickets are valid only in the date and the time chosen for the temporary exhibition. The permanent collection can be seen at any time the day chosen on the purchase