MoreMadrid > On your own>Ávila and Segovia On Your Own
New 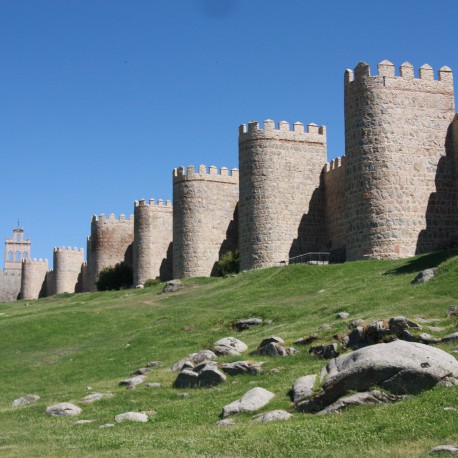 Ávila and Segovia On Your Own

Discover the the best roman aqueduct and the city of Ávila  in just one day! Ideal if you're in tight schedule. Departs at 9 am.

Please pick a date to begin configuring your tour.

Tour departs at this time, please show up 15 minutes earlier.

Ávila and Segovia On Your Own

The first stop in our tour will be in Avila, a city that preserves the most ancient and complete fortified complex in Spain (XI century). Its 2500 m wall and its 90 fortified towers surround the old city, which houses great part of its monumental treasure including a large number of Romanesque style churches, gothic palaces and a fortified cathedral of the XII century. 1 hour guided walking tour is included, free time for shopping and pictures.

Return from Ávila at 12:15 pm, the meeting point is the Ávila Visitors Center, located at Avenida de Madrid, 39.

After the tour in Ávila, we will go to Segovia, famous for its well-preserved roman aqueduct, which is 16 km long. Home of some of the kings of Castile, this city preserves one of the most important medieval group of buildings in Spain.

Due to its elegance, the Cathedral of Segovia is considered to be “the Lady of the Cathedrals”, and the Alcázar is the most spectacular castle in the country. We will see the Aqueduct, and 1 hour guided walking tour will be provided in Segovia, free time to enjoy Segovia, shopping and pictures.

We'll meet again at 4:30 pm, in front of the public bus station in Plaza de la Estación de Autobuses, 1 to go back to Madrid.